The Beginning – Take Small Steps And Eventually You’ll Get There

Blogging From Mongolia, Women In Business by mark 0Comments

As part of my business philosophy, I always try to meet with our guests when I am in Mongolia. True, I often look quite mad – arriving on foot or by mountain bike (when it hasn’t been stolen). Slightly red faced as I’m usually late. I guess I don’t come across as a boss or business owner so there’s often a moment when I go to shake the hands of our guests and I can see them thinking … ‘who the hell is this?!’

Still. After the initial confusion, I am often asked about what brought me to Mongolia.

It’s a long story. * I recently read that blog posts are meant to be kept at around 400 words to keep the reader engaged. I did try to contain this within the 400 word limit … coming in at 1020 … so I didn’t quite hit the target.

It started with a woman called Robin. I was in my late 20’s and working in a small beach hotel in a traditional village called Loutro in south-west Crete. I had been based there for three seasons and Robin was a frequently returning visitor to the region. She mentioned to me that maybe I should consider becoming a tour guide – she knew me very well and said that Loutro would always be there to return to but that maybe I needed to challenge myself.

So I did as she said. Not that I’m typically that obedient or spontaneous. But still, something clicked. I applied for a vacancy with an UK based international adventure tour company – the preparation included long distance calls to my mum via the only phone booth in the village, writing notes as she read from the company brochure. I prepared for an interview about Turkey. They questioned me about Egypt. But, so began my career as a tour leader before eventually landing in Mongolia in 2006.

I had never even considered Mongolia prior to being sent there. In 2009, the UK based company was sold and restructured. And I lost my job. That’s when my Mongolian driver (Turuu), that I had been working with since 2006, said:

‘Boss. Why don’t you start our own company?’

There’s a Mongolian proverb that says ‘If you’re afraid don’t start and once you start, don’t be afraid.’ So after some contemplation and a major amount of hesitation, I said yes. In our special hybrid language Turuu and I tentatively discussed ideas and so it began. EL was launched with a small website, an even smaller fanfare and an even smaller handful of early customers.

With no business history and little experience, we have slowly bootstrapped our way up. Making mistakes, being honest about making them and then learning from them. We have also had some monumental fights.

* The fights mainly result from what I call our small sky thinking and big sky thinking. On the days when we’re both in small sky mode, the results can be catastrophic for all. On big sky days, the world seems limitless. Although I have been in Mongolia for 13 years (2018), and although women in Mongolia have a higher social status and greater autonomy than women in some other Asian countries, on the small sky days I am seen as being insubordinate rather than subordinate (!) and this can cause a whole heap of friction!

But why is supporting local so important?

Anyway. I worked as a teaching assistant (poor kids!). Turuu looked for driving work. I ate ramen noodles and my base became a US$ 6 per night dorm bed in a room with five other people. I have learnt how to blog. Turuu (a traditional non-communicative Mongolian male) has learnt the fine art of small talk (on most days) and, we have slowly built Eternal Landscapes.

I tell people we started the ‘wrong way round’ – with a company name and an idea but no business plan, no market research and definitely no visit to the bank manager for a loan. I used my £1500 savings to start the business.

Although I had no real idea as to what we were doing I knew one thing, I felt that too many companies were selling stereotype Mongolia and not the reality of the country in the 21st Century. Although I knew that nomads and wilderness would sell trips, I felt that Mongolia is a diverse and dynamic country that deserved to be explored beyond its cliches. And it was the real Mongolia (before the term became sexy) that I wanted our guests to experience.

Since these early days, our EL brand is slowly growing although we remain a micro business that call ourselves ‘manaikhan – family.’ I am scared most days when I see our competitors overtaking us in size and strength but we stay true to our original ethos of responsible and realistic tourism, remaining committed to supporting the local people, communities and environment. That means we’re not a general tour agency or operator and don’t appeal to all. But we have a small but definite following and that gives me the courage to continue.

The ‘eternal landscapes’ of Mongolia and the broader context within which Mongolians live their lives runs deep through everything we do. As well as our immediate team, we also know the faces and names of every Mongolian we work with – whether that be a Kazakh family in far western Mongolia or a philanthropist in Ulaanbaatar. I’m proud that we have set up these connections ourselves and that we don’t rely on any agency to make arrangements for us.

Since day one I like to think we have taken a pioneering approach. For some tour operators it is a business decision but we are so much more than just a profit-driven business scared of a negative TripAdvisor review. It’s a long-term love affair and I’m proud that our genuine love of Mongolia remains through everything that we do.

As I said, it’s a love affair and that brings with it all the resultant peaks and troughs and challenges of
any love affair. It might not have been the road I saw for myself but it’s one I’m willing to follow. 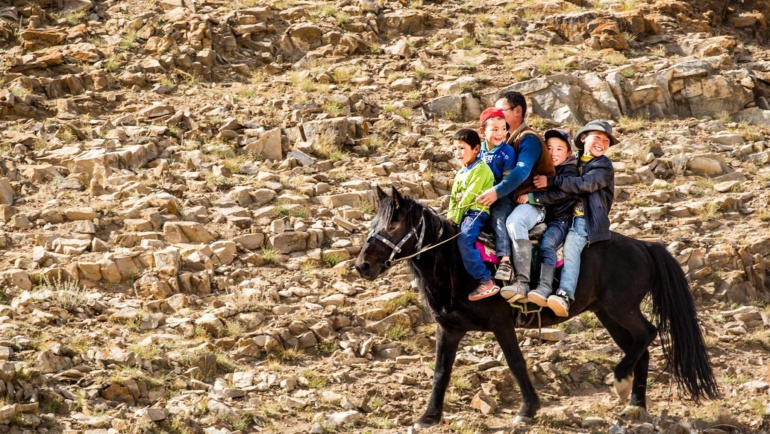 In Love With Mongolia

Blogging From Mongolia, Women In BusinessAugust 24, 2018

The Positive Impacts Of Tourism – Meet Our Zumbee

Providing toilets in tourism – For those that don’t give a s*!t